Accounting skills equal nothing in the world of enzymes. Personnel management knowledge is of little use when your workers are yeast cells. So why would a guy with a Business Management degree from the University of Nevada, Reno, want to become a brewer at a time when it is illegal to make your own beer for sale in Nevada?

The Dream, that's why!

Dave and I had a dream to one day open a place that had knockout food as well as fresh and flavorful beers. Reno had nothing like it at the time and we felt the people would respond enthusiastically to this new restaurant concept.

I knew the brewing law would eventually be changed in Reno. All Dave and I had to do was get ready and wait, and thus our journey began.

By 1991 Dave was “The Man” in the kitchen, and I was confident in my abilities to organize and run the business side of things, but that still left a sizable hole in our plan – no one knew how to make beer! I promptly quit both my jobs and went to Napa to work at Bouchaine Vineyards for the crush season. I couldn't have chosen a better place to learn about fermentation. Throughout the next few months I worked in many different aspects of wine-making, from the crush pad to barrel conditioning. After Napa Valley, I went to work at Karl Strauss' Old Columbia Brewery, the first brewpub in San Diego.

With a couple of years of practical experience under my belt, I decided to go back to school and get my official brewmaster credentials. That's how I ended up sitting on a train for Chicago, en route to the Siebel Institute of Technology, fondly called “The University of Beer”… and the rest is history.

It has been a while since the official opening of The Silver Peak Restaurant and Brewery on February 3, 1999 but I'll never forget what a journey it was to reach this goal. Many of my best memories are a result of this project and all the adventures it has spawned over the last 10 years:

So now that I'm here, what is it like to make beer for a living?

Being a brewer is a unique job that keeps me on my toes. I constantly juggle the different aspects of my personality and profession. Artist, scientist, critic, grunt laborer, cook, engineer, and chief bottle washer are a few of the roles I get to play. If I ever get cocky and think I know it all, the beer gods humble me with the quick slap of a pump failure, or perhaps an anxiety attack about tiny microorganisms finding a way into my beer and making it taste like a sweat sock. 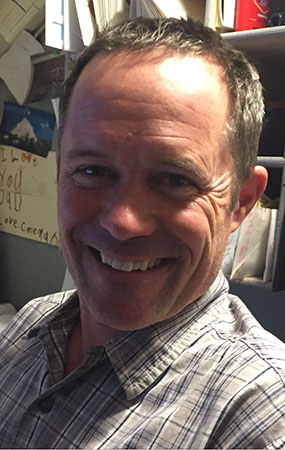